Market recovered from Trump attack quickly and making new high, only on index. North water keep flowing in but slowing down, may be due to holiday effects. Short selling ratio is falling. 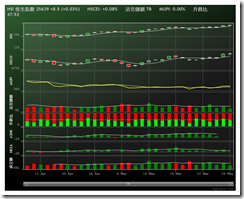 A shares, well …. speechless as usual:

Value vs Growth cycle, which I have discussed before, and it seems it is best visualized with the relative strength of HSI and MUPI. MUPI is the measure of all stocks performance.

Then 直通車 news drove the index up and since then MUPI was not able to make a new high. A peak was formed on Oct 2008, as everyone dump their stocks and some parked to index only.

2011 was a bad year as most stocks collapse, market prefer index again, till September 2012.

For US market, may be a comparison of S&P500 and Russell 2000 a good tool for this purpose:

Well, it does not show similar pattern at all.

For A share, seems the market structure is totally difference, the MUPI for A share has been always stronger than index.

Except since 2016, situation changed a little bit:

Now all three markets point to a value cycle, it becomes interesting.

US Trump attack on Thursday, but market holding well. MUPI doing better on last two days and recovered most loss on Friday. However, the AD ratio continues to below 50 on most days while HSI making new highs. North water keep flowing in and in an up trend. Short selling ratio is falling.

US: Trump political concerns and money flow into utilies and oil rebound:

Market breadth: A recover a bit, US decline and HK flat: 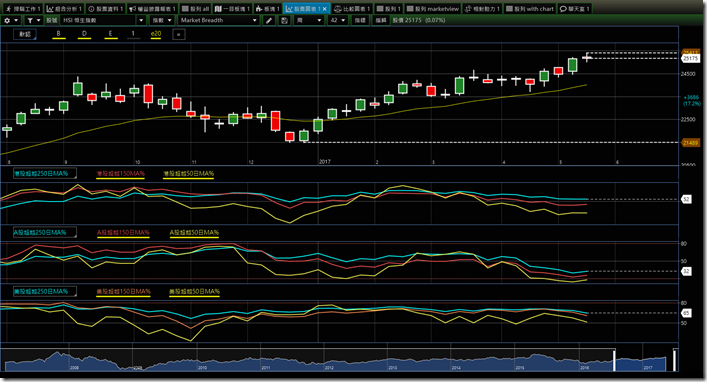 US: Apple, commodities lead ; in general not strong this week.

A shares, national team support the index, all the rest eat shit:

Go with the Flow